Nick Fagan’s upcoming show, Existential Marks, will be his second solo show presented by ADA Gallery. The new exhibition of works from the Richmond-based painter and sculptor will open on April 5th (7-9pm).

In Existential Marks, Fagan’s latest works take form on an assortment of salvaged wood, including 100 year old floorboards from a since-demolished Richmond stadium, upon which hundreds of thousands of footprints have been recorded, to explore the ways in which he himself leaves his mark, and the significance- if not the futility- of art-making as a means to do so. While Fagan grapples with particularly solemn questions concerning self-identity, existentialism, spirituality, and the relation of the individual to the collective, he articulates these themes, almost joyfully, through comic icons and vibrant imagery which join together the existential and the material.

His use of floorboards invokes a distinctive sense of looking down, and his forms, cradled between abstraction and literality, are often papered with fragments of photographs and sketches, some of which appear as if they’ve simply landed there, fallen from above. Elsewhere, Fagan opts for crisp, white brush strokes that seem to be part of a larger image, extending into the negative space beyond. 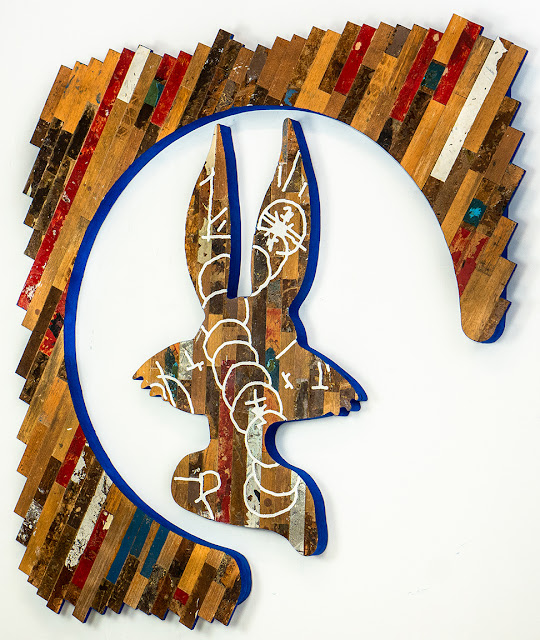 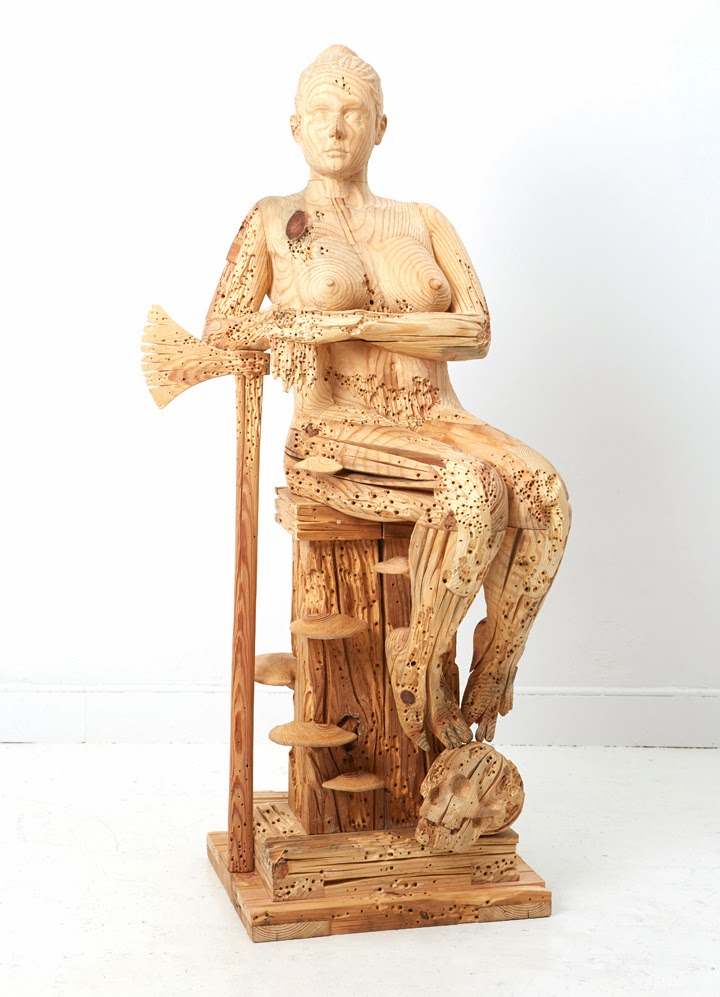 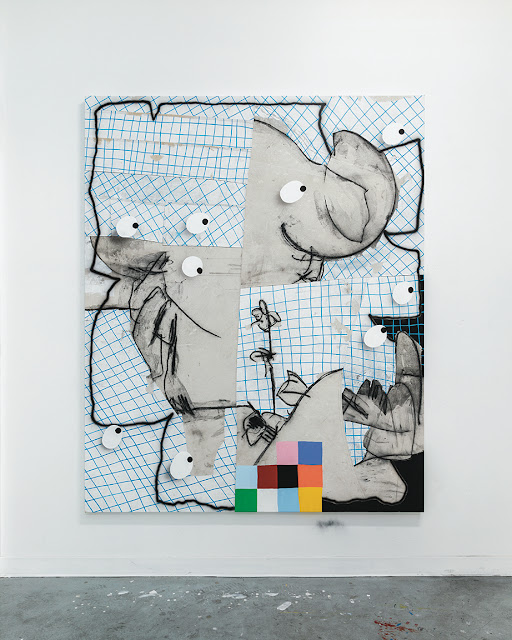