Morgan Herrin is an artist with an extensive background in wood crafting and carpentry that unites a deep understanding and appreciation of the properties and materiality of wood with a fascination for the human form. His works have utilized wood to mimic materials ranging from the hard surfaces of iron, copper, and bronze, to the more delicate and fragile organic shapes found in nature, from plant and moss forms to bone and skin. In this new exhibition of his work, he takes as his subject the remains of the Ice Man (or "Oetzi" as scientists named him), the mummified 5,300-year-old man that was discovered in 1991 in the Eastern Alps near the border between Austria and Italy startlingly well preserved in the ice, as if thousands of years had not passed. The sculpture, in a similarly vivid fashion, is an astonishing, frighteningly lifelike image of our ancestral past captured in an almost dancing gesture, as if frozen in time for all of eternity to witness. 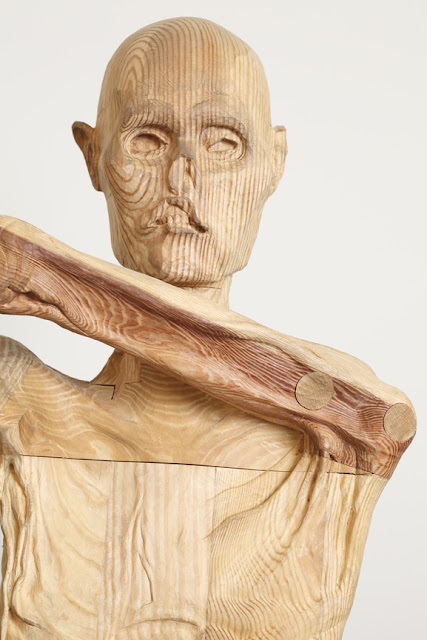 In his previous work, Herrin created works that harkened back to classical sculpture, using as his primary medium standardized dimensional lumber-planed wood with a smooth finish prepared primarily for commercial construction purposes. His newest work utilizes found, aged lumber, which allows for a rougher, weathered appearance and the qualities of a grittier realism, aligning perfectly with his current subject matter. 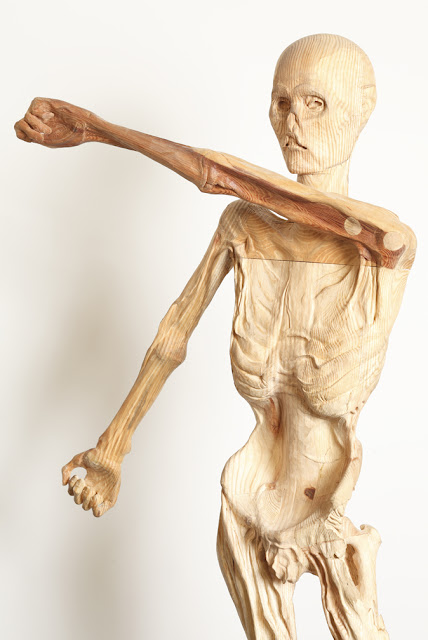 Born in Dallas, Morgan Herrin earned a BFA from Virginia Commonwealth University (VCU)  in 2002 and an MFA in Sculpture in 2005 from Ohio State University in Columbus OH. His work has been exhibited widely in solo and group shows in the United States, most recently at Mulherin + Pollard in New York City, as well as art fairs with ADA Gallery in Miami and New York City. Herrin lives and works in Richmond, VA, and currently serves as an Adjunct Professor at the Virginia Commonwealth University. 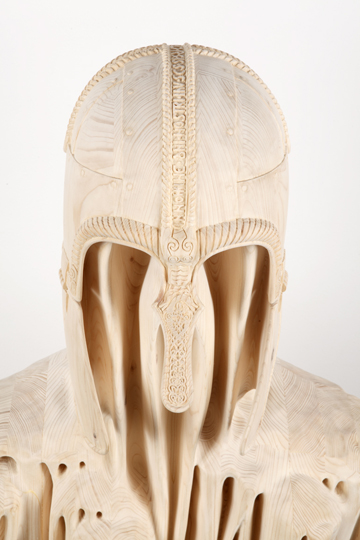 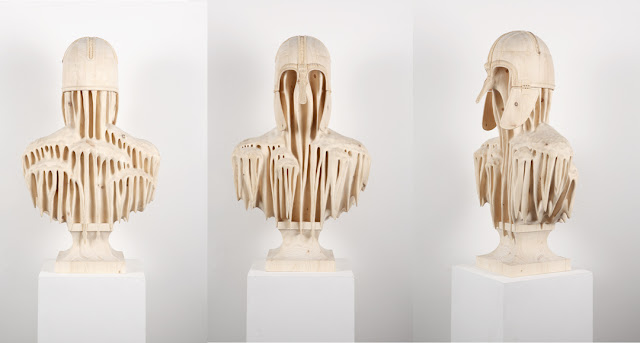 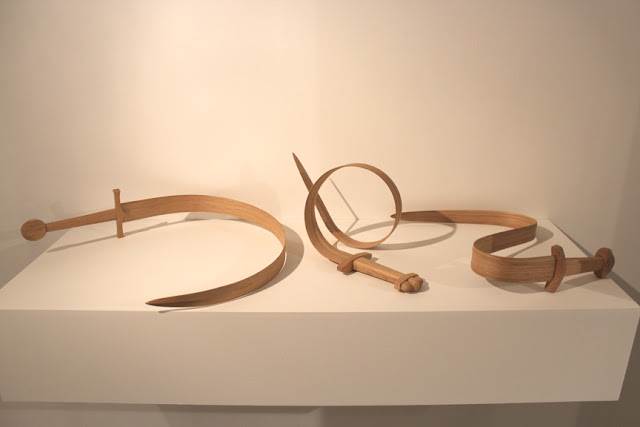