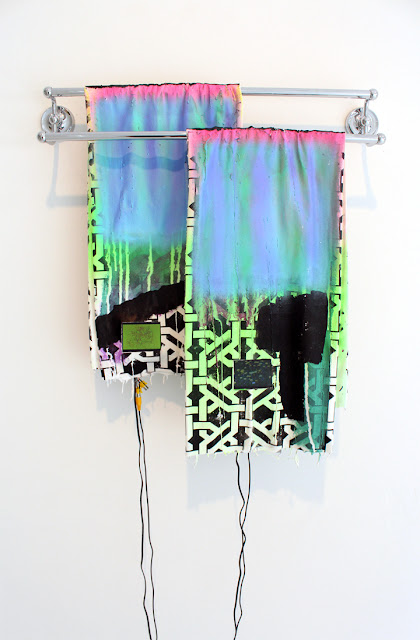 Like a tiny pool of thought in a constant stream of information, how do we make space? Tell dog jokes. Not jokes about dogs, tell jokes to dogs. They especially like physical comedy. Dog Jokes is a show of animated projections, videos and paintings by DEREK LARSON. 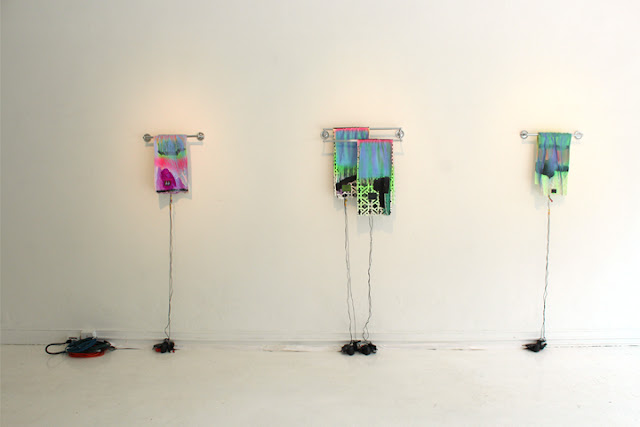 With DOG JOKES Derek Larson returns to ADA for his second solo show. He's currently in Richmond teaching a summer program at VCU and has concurrently been in residency at ADA gallery since June. His latest video sculpture pieces continue to hop boundaries not only in terms of genre, but that they also consciously contrast and intermix the physicality of sculptural form with the immateriality of projected light: transferring light and moving images onto fixed physical structures, whose presence and fixity are in turn challenged by their relation to the projected or animated imagery and to their precarious free-standing placements in space. The sharpness of Larson's imagery and the vividness of his palette brilliantly masks a quiet contrast to the often fleeting nature of his elusive references and the fragile questioning of phenomena and their representation in his work. 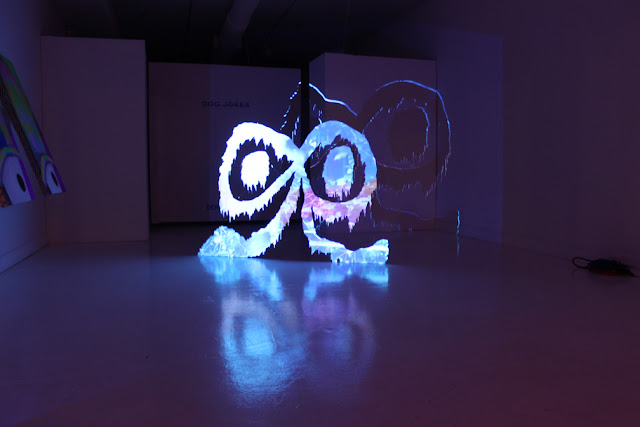 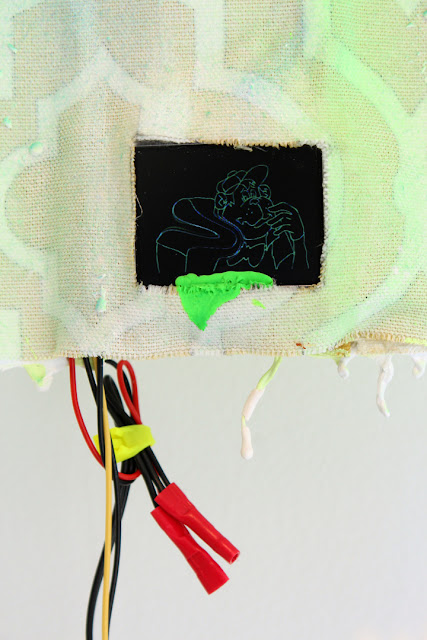 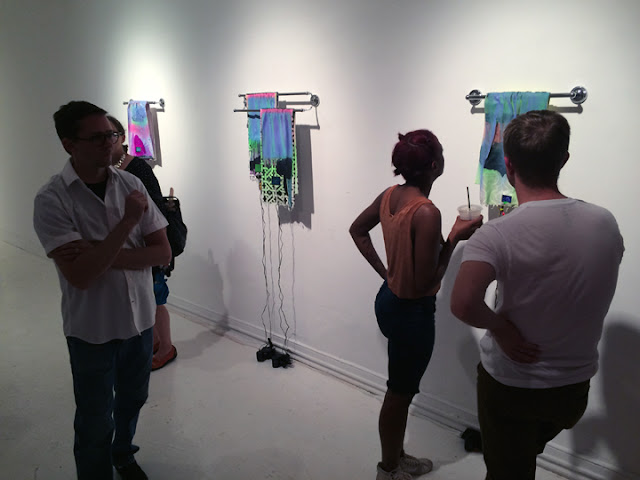 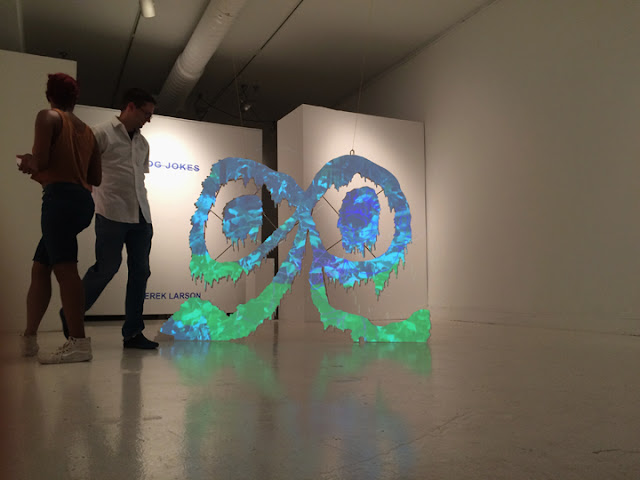 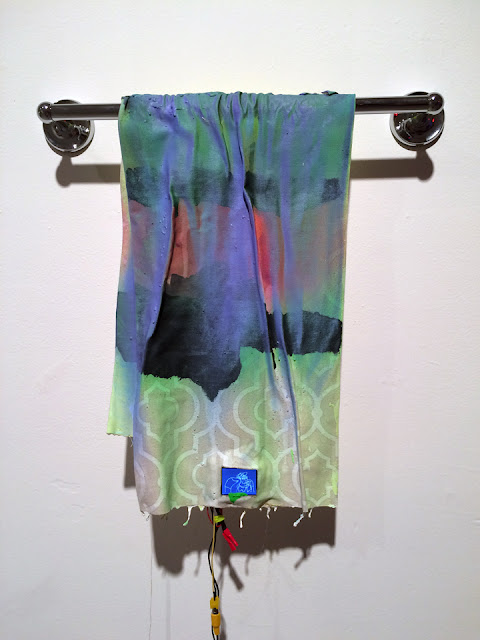 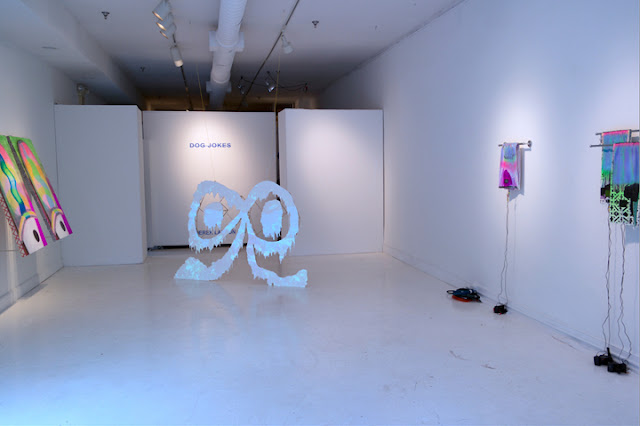 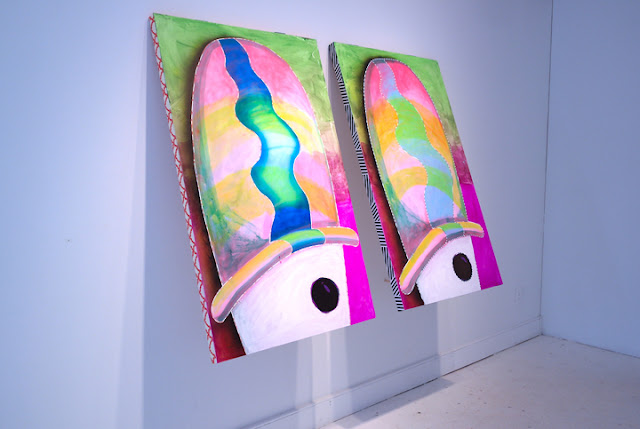