Indulge in two great shows at one spot!
Reception May 6th from 6-8om 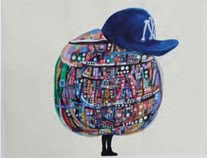 Nina’s drawings are so serious and so seriously fun.They’ll grab you by your arm hairs with decisive patterns and purpose driven colors then hold you close with dark seductive undertones. Mounds, legs, patterns in turmoil, all somehow intently interacting and morphing with their human counterparts, or parts of human counterparts. 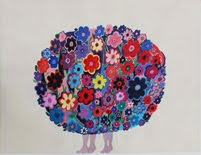 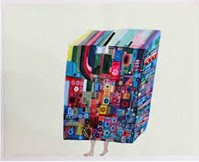 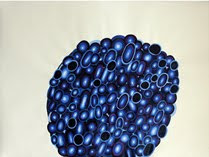 BRUCE WILHELM
AIRLOCK
Recent exhibits of his work are Scope Basel Switzerland 2008 with ADA Gallery, Pass Me the Muster which included artists from The Royal Art Lodge in Meyers Gallery at The University of Cincinnati DAAP 2008,Side Effects May Vary at ADA Gallery 2008, and Action.Stop.Action at Vox Populi in Philadelphia 2008. Wilhelm currently lives and works in Philadelphia.
Asked to describe his latest series of paintings, "Airlock", Bruce says, "My recent work spans the distance from Shopenhauer's black box to Carl Sagan's Cosmos turned pizza box. Fueled by stoner thought experiments, I can make it to the megaliths of Mars." 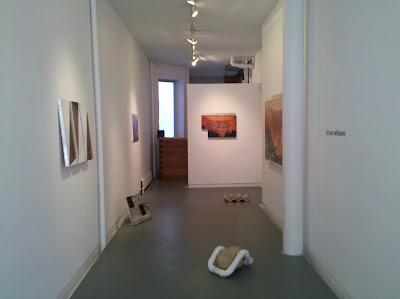