Bernard Martin's FROM THE LANDFILLS OF MY MIND at ADA through June 2, 2012 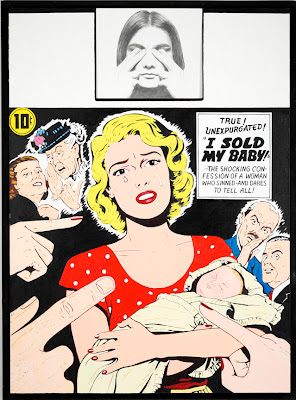 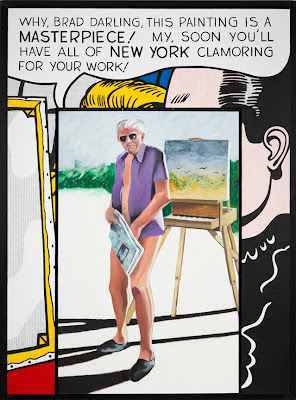 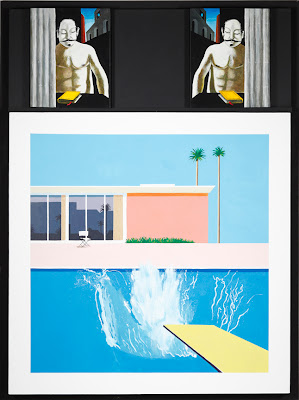 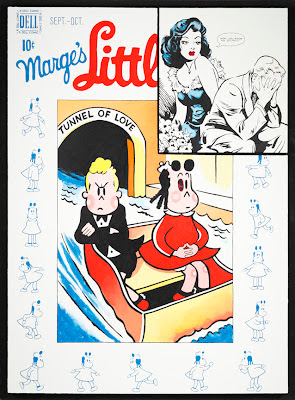 In his large-scale oil and acrylic paintings, Martin juxtaposes recreations of the magazine and comic book covers of his youth with images drawn from art historical and literary sources, creating a dialogue across the lines of high art and pop culture in which one picture plays off another, extending and complicating their possible meanings and suggesting rich levels of complexity not overtly discernible or inherent in each image alone.


Martin, 76, is a Professor Emeritus at Virginia Commonwealth University where he taught from 1962–92 and was the First Chairman of the Painting & Printmaking Department from 1967–69. He has had numerous solo exhibitions throughout his multi-decade career including three separate traveling shows of his work organized by the Virginia Museum of Fine Arts (in 1973–74; 1975–76; and 1996–97), and a previous show at ADA Gallery (2010). His work has also appeared in over 200 group shows nationally and internationally since 1969. He has been the recipient of numerous awards and grants including two Virginia Museum of Fine Arts Fellowships and a National Endowment for the Arts Visual Arts Fellowship (1995).

Starkie’s large-scale acrylic paintings are constructed images of every day objects, fragments of remembered street signs, old furniture, and assorted ephemera that float in a collision of forms and planes merged onto the flat compositional space of the canvas. His works deploy the conventions and strategies of collage within the medium of pure painting, emphasizing the physicality of paint and the gestural nature of forms and objects in the world around us which he untethers from the spatial logics of the real world and affixes into his own vivid new realizations.

Starkie was born in Pullman, WA, in 1969 and studied at the San Francisco Art Institute from 1987–91. Since then he has exhibited in galleries in cities all around the United States as well as abroad in Europe. He was previously featured at ADA Gallery in a solo exhibition in the summer of 2011. He divides his time between his painting studios in Seattle and New York, maintaining his artistic practice as well as a carpentry and woodworking practice alongside a professional violinmaker in Paris.
now through June 2, 2012 at ADA GALLERY, RVa