Here are some images, as well as our statement for Daniel Davidson's exhibit Double Feature which ran November 20th through December 20th, 2012 at ADA's sister project space in New York City, Mulherin + Pollard.
---------- 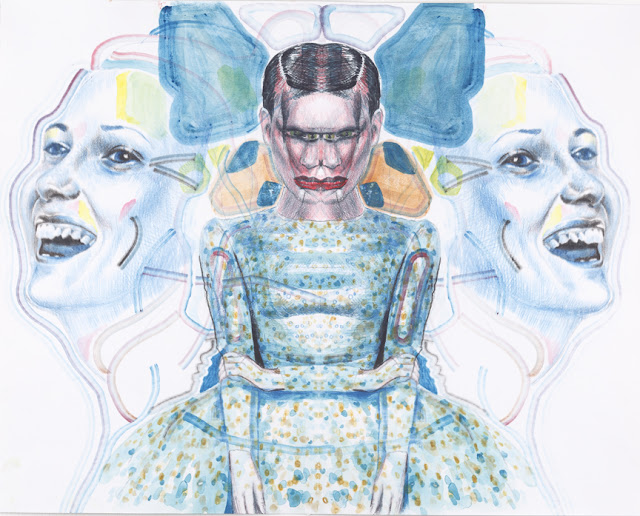 The works in “Double Feature” display figuration and abstraction as twin protagonists spilling into a spontaneous mirroring field, where the initial gesture of an inkblot or an accidental scratch can open out and transform into a tangled architecture of faces, dizzying designs, and vibrant color. 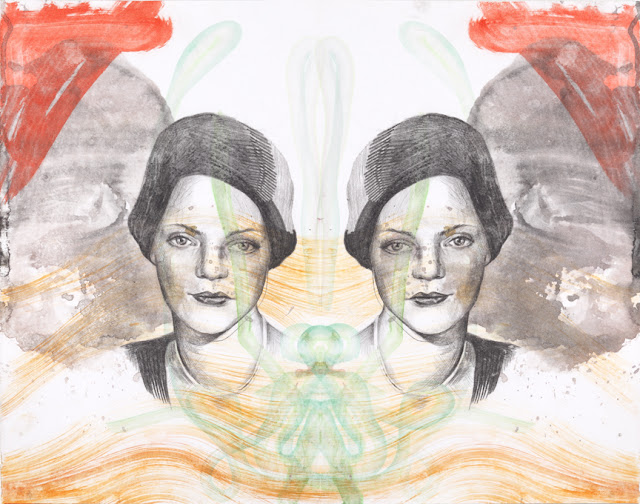 Davidson approaches his drawings by working directly on selected portions of the paper, often opposing faces with abstract forms on differing sides, then wetting the paper and making numerous folds to produce symmetrical transfers and unexpected new images—a process that results in something akin to an hallucinatory Rorschach test, a Burroughs-Gysin visual cut-up/fold-up experiment, or the remnants of some wildly disorienting dada parlor game. 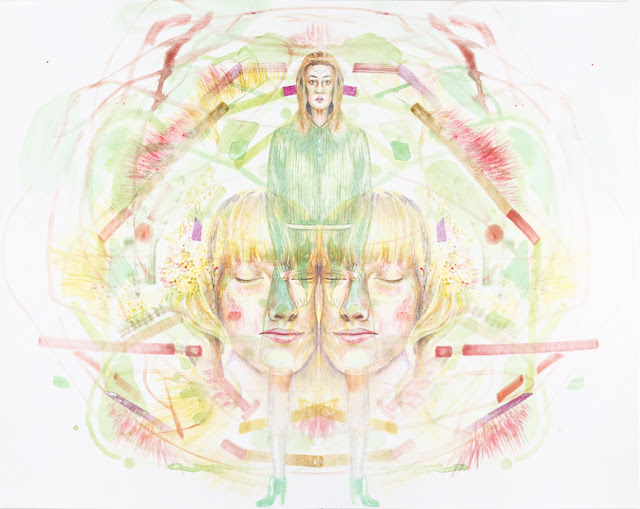 The source of his images are often anonymous faces both young and old, glimpsed from found photography, fashion advertising, or out-dated period portraits shorn of their original contexts, so that the multiplicity and complication underlying them are exposed—we see an exaggerated smile of joy come to reveal hidden terror or fear, or a simple, placid gaze become riddled with wonder, confusion, anxiety, or a sense of the mysterious. 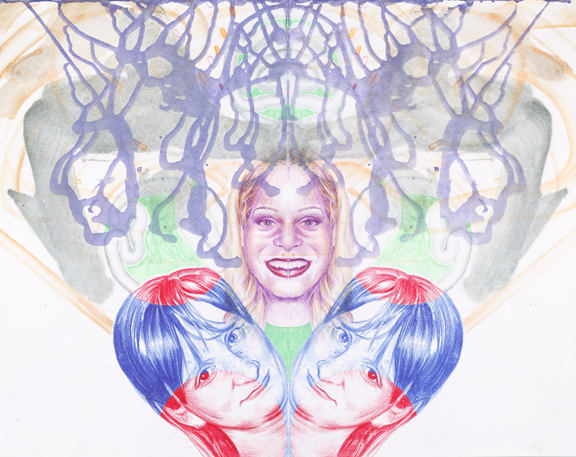 The “double feature” of the show’s title can also allude to the almost cinematic qualities of the drama that is choreographed and staged within the drawings, as figures become part of an unfolding narrative where visual elements are set free to unfurl in a looping montage of incongruous, complementary, and unexpected emotional states occurring before the viewer. 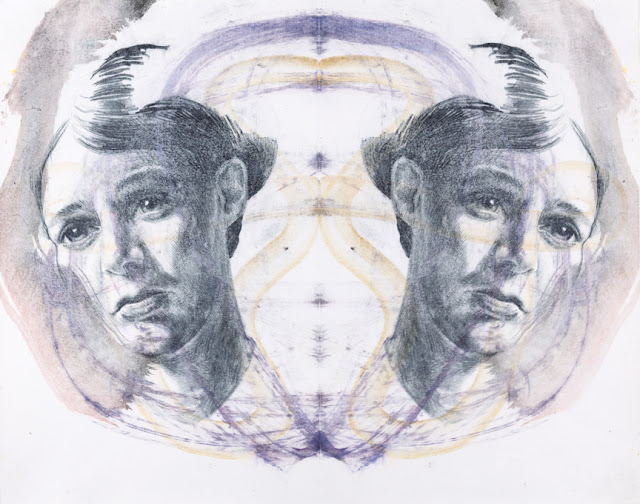 Davidson was born in San Francisco in 1965 and earned his BFA from the San Francisco Art Institute in 1990. He was the recipient of an American Academy in Rome Fellowship in the Visual Arts in 1994, and his work has been exhibited widely in solo and group shows in the U.S. and abroad in cities including San Francisco, Los Angeles, New York, Paris, Frankfurt, Copenhagen, and Tel Aviv. Davidson has been showing Davidson has recently shown at Pierogi and Sloan  Gallery in New York and this is his second solo show at Mulherin + Pollard and has shown at ADA Gallery in Richmond, VA since 2006.  Davidson currently lives and works in Brooklyn.